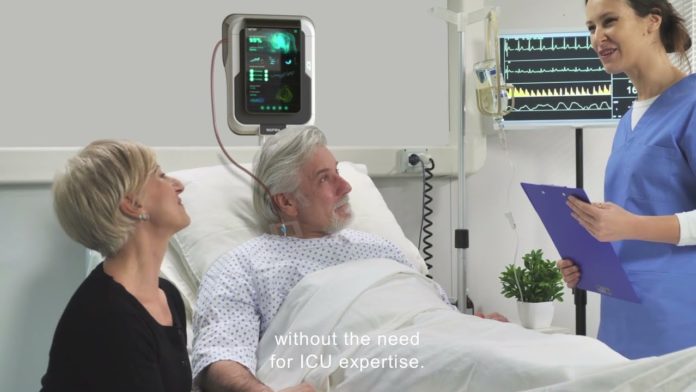 In the last months, a small start-up company has concentrated a great interest around it on Nasdaq. Inspira technologies (NASDAQ:IINN) has created a lot of buzz among communities of investors and also especially among scientific and medical communities.

So, what is the story about it? This short video can explain why it is a game changer in the bio-tech market.

When patients are in respiratory distress, medical teams have three ways of treating them depending on the severity of each individual situation.

The simplest method is to offer oxygen via a mask to increase its flow. For patients in more distress, intubation forms the second possibility. A mechanical ventilator — an Extracorporeal Membrane Oxygenation (ECMO) — is the third option and a last resort when all else has failed.

The ECMO, which can also be used in open-heart surgery to allow patients to remain awake, essentially acts as an exterior heart and lungs allowing for oxygenation of the red blood cells and the removal of carbon dioxide.

Inspira wants to inject an additional stage into possible respiratory treatment with a medical device that doesn’t require intubation and mimics much of the same treatment ECMO provides but in a much more compact and easier-to-operate form. It could be used if the oxygen face mask option fails and would not be seen as a salvage treatment, unlike the ECMO.

Inspira states that the ART device, given its size and relative ease of use, does not require multiple experienced medical personnel to operate it like the ECMO does, keeps people off expensive ventilators, protects them from possible complications, and could be used in far more service centers than the bulky ECMO machine.

Inspira’s approach to eventually gain regulatory approval for the ART device is to first introduce its own version of the ECMO machine, the Extracorporeal Life Support (ECLS), for approval. Offering a similar version of a machine that has already been approved in some cases by the U.S. Food and Drug Administration strengthens Inspira’s hand by heightening its profile.

For conclusion, the potential for Inspira’s respiratory technology to disrupt a multi-billion-dollar market is dependent on having an in-depth understanding of the unmet medical need and growing market.

Inspira’s product is currently in a developmental stage and has not yet been tested or used in humans and has not been cleared/approved by the U.S. Food and Drug Administration (FDA).